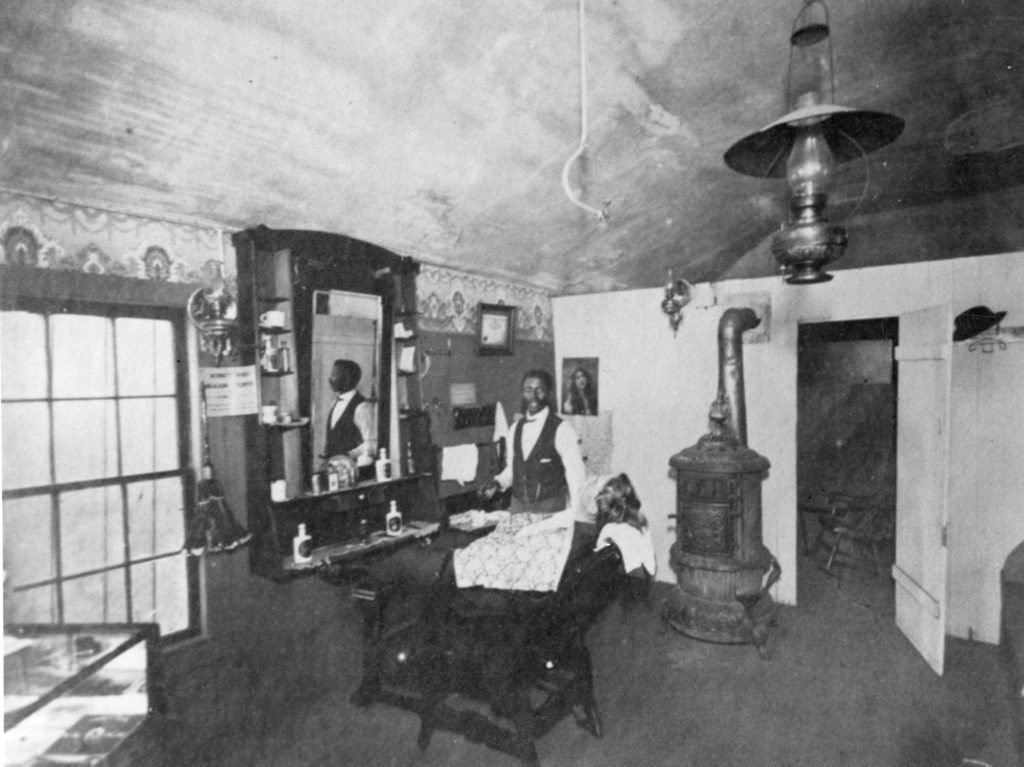 The stories of Andrew Pratt and Amanda Lee are shared prominently with guests who tour the Milton House Museum. Those accounts illustrate examples of former slaves coming to Milton during and following the Civil War to make new lives for themselves. A third installment of those tales is the story of Milton Junction barber Phil Sheridan Jones, whose childhood was of a Virginia slave family.

It’s unknown exactly when Jones arrived in Milton Junction. He operated a barbershop in at least two locations during the 1890s and into the early 1900s prior to moving to Edgerton.

According to various brief accounts of his life, including a 1921 obituary, Jones was born James Martin near Halifax, Virginia on May 1, 1850 and “ran away from his master” as a young boy.

Jones was 11-years-old at the outbreak of the Civil War and as a lad attached himself to the Union army, becoming a messenger for a Captain Jones. He became known by the name of his commander and took the first and middle names of Phil Sheridan, perhaps after Union general.

Little is known of the immediate post-war experiences of Jones. He migrated west and by the early 1890s was in Milton Junction as a barber. In 1891 he married Etta Logan, who was born in Elgin, Illinois in 1868. Her 1931 obituary noted, “They resided in Milton Junction for a number of years and they were highly respected.”

As a barber Jones operated for a while out of a shop located near the intersection of Merchant’s Row and Vernal Avenue. The February 28, 1907 front page of the Milton Telephone announced a new shop for Sheridan along Merchant’s Row in a building that in 2018 was occupied by the Beverage Mart.

“P.S. Jones moved his barber shop into the new Ansley building on Main street Friday and is now nicely located and ready for business. Ed Burdick has formed a partnership with Mr. Jones and the shop will hereafter be a two-chair business.”

The photo shown here was likely taken at Jones’ first barbershop. The man in the chair is identified as George Coon. George E. Coon was a well-known physician, served as a trustee at Milton College and the Milton Junction State Graded School Board.

Sometime prior to 1914, Phil and Etta Jones moved to Edgerton where he continued to barber and their four daughters attended school. Phil Jones died in 1921 and Etta in 1931. They are buried in the Fassett Cemetery in graves that have no markers.